Columbus and Henry James at NAHBS 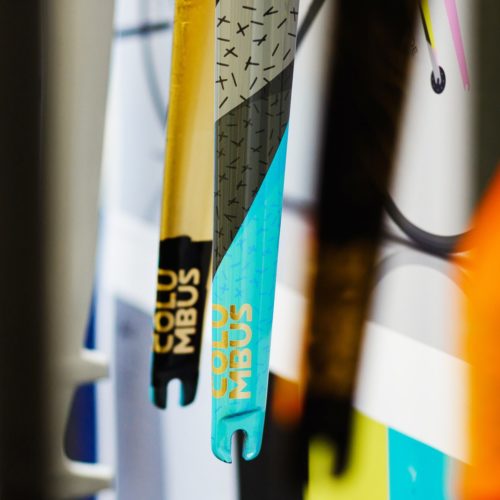 As previously announced, Henry James Bicycles from Portland, Oregon, is one of the leading suppliers of precision investment cast bicycle parts, frame buildings equipment and materials for the bicycle framebuilders: Columbus is honored to announce the beginning, within the end of April, of its brand new partnership with the distribution of the prestigious Columbus products.

The offer will include the high-performing Italian-made steel-tubing catalogue, as well as the renovated line of Columbus Carbon Forks, specially featuring the all-new Futura family, suitable for the most advanced road & gravel bikes.

Henry James Bicycles will exhibit almost the entire Columbus line in his booth at the upcoming NAHBS show in Salt Lake City, Utah.
In addition, for those of you that will visit the show, there will be no shortage of our latest innovation at the official Columbus booth as well.

We are very excited about this new cooperation that will certainly elevate the knowledge, appreciation and diffusion of the Columbus products into the important US market, as well as the development of new interesting designs and specifications.

All the best from the entire Columbus Team!

Frist round of images from the @grinduro Wales Han

The Columbus Futura Cross+ fork is compatible with

Tomorrow is @grinduro Wales day To all our friends

Getting ready for @grinduro Wales. Thanks @fishfa

The special HSS tubes shaping has been designed to

Frist round of images from the @grinduro Wales Han

The Columbus Futura Cross+ fork is compatible with

Tomorrow is @grinduro Wales day To all our friends